Friday, April 6, 2018 was an important day. It was one day after XBE's front door was shot with 6 bullets, but that proved unimportant. We'd find new temporary office space when I returned to Chicago the following week. It's just as well that we didn't find the shooter or motive.

I was in Kansas City to meet with Superior Bowen's Operations team. By then, XBE had only managed 2,600 of Superior Bowen's trucking hours ever. A month later, we'd manage more than that for them each week. It took our full efforts to source and dispatch their daily trucking requirements during the initial ramp. It didn't get much easier that summer. But, our full efforts weren't going to be enough to make the collaboration successful. We needed to change the way jobs were planned. 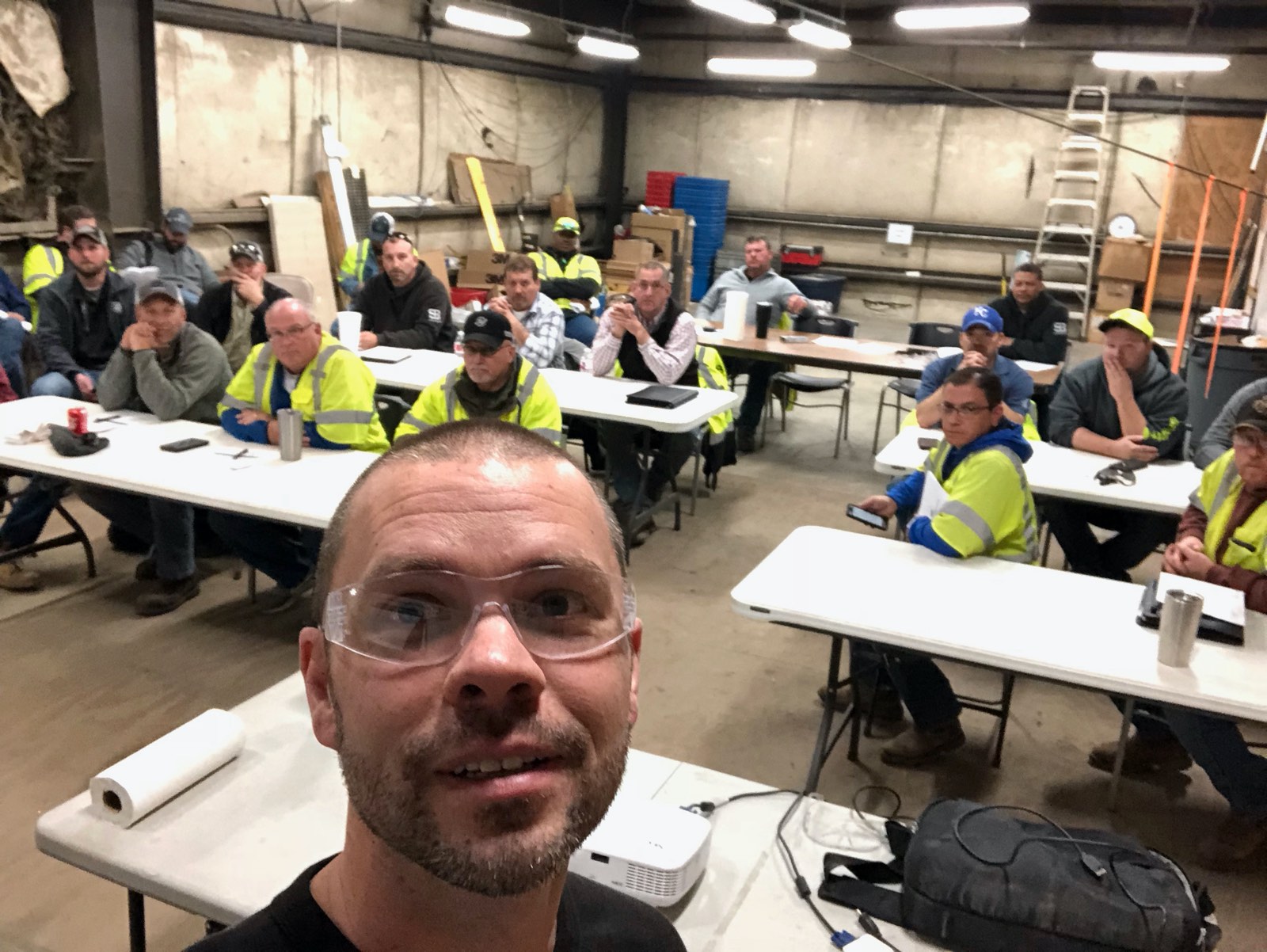 First, we needed to prove that better planning mattered. To do that, we scrubbed and analyzed three years of ticket data to estimate the unproductive time in each cycle. 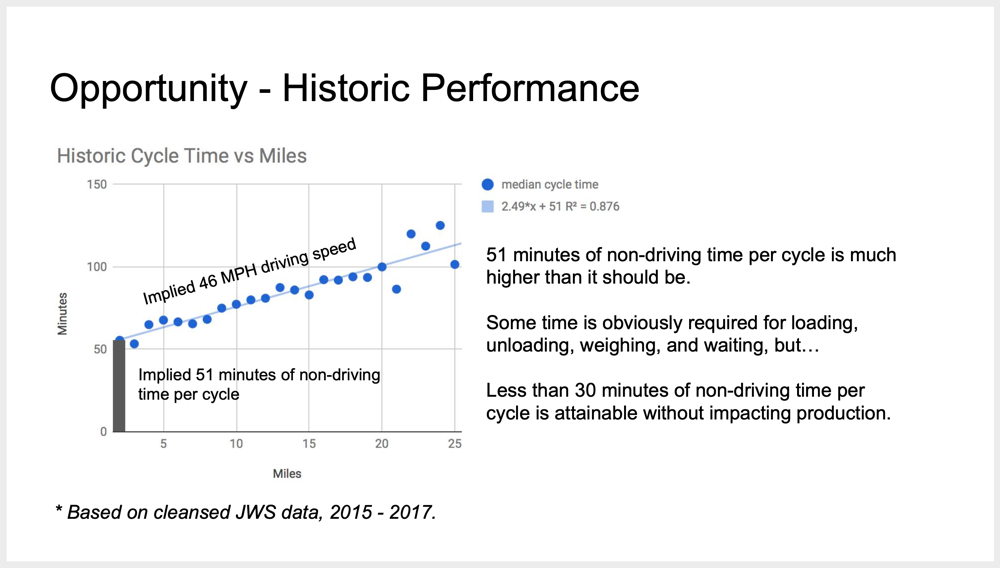 In discussions with executive management, we targeted 27 minutes of non-driving minutes per cycle. This was higher than what was possible, but if achieved would be a huge victory. 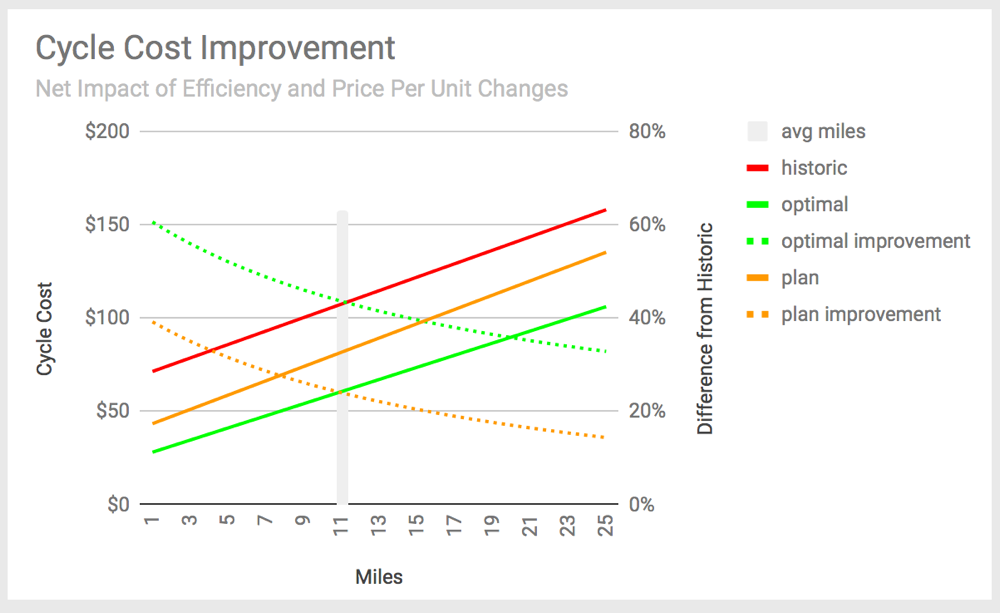 "Showing the math" on an example job made the case somewhat effectively to field management. 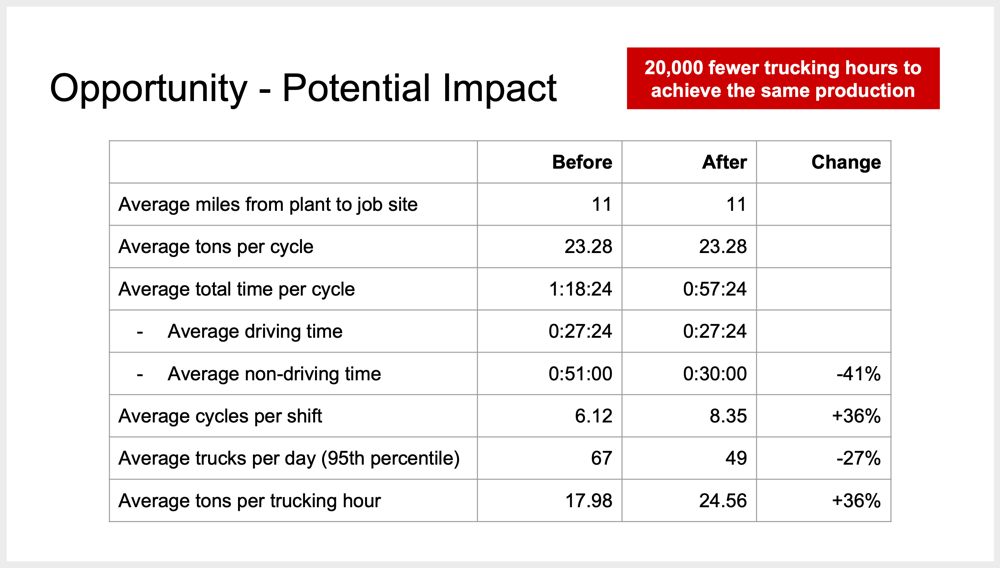 We feared that crews would mistake increased focus on trucking efficiency as a shift away from production maximization. We attempted to maintain balance by focusing some of the discussion on techniques to maximize production. 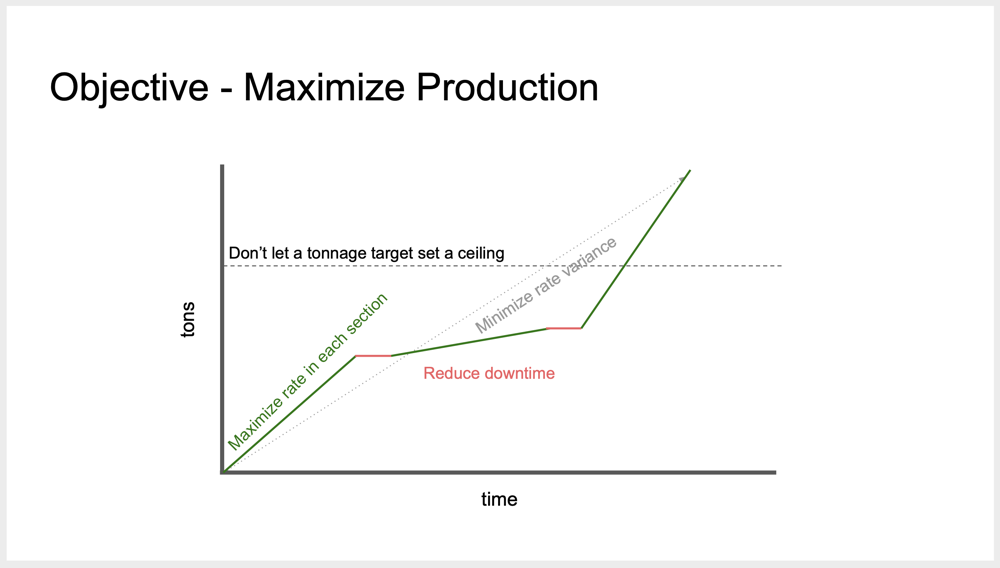 On the the last slide, almost as an afterthought, a list of the features in development were listed. None of them were available at the time. 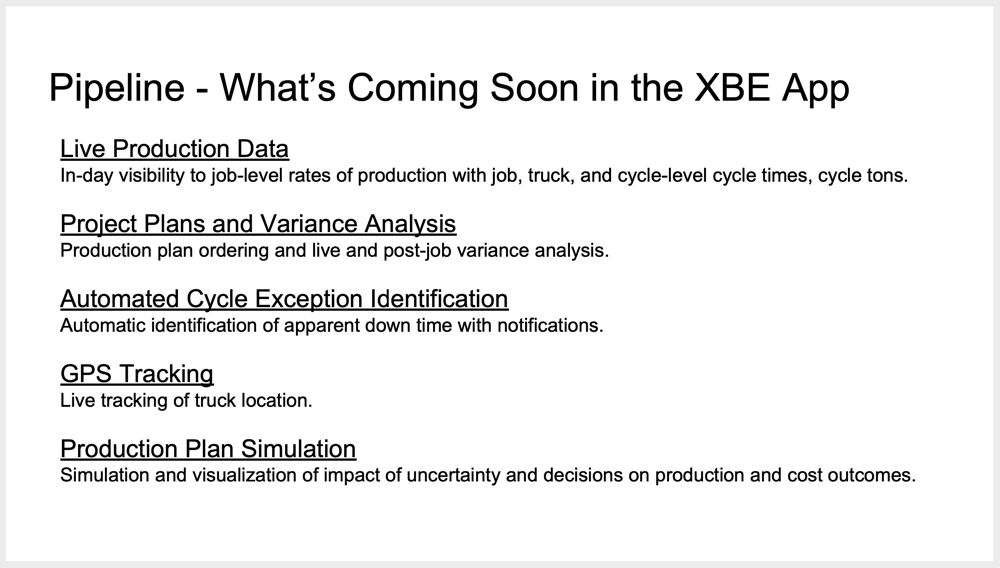 Not mentioned in that feature list was the "lineup" - the process of converting job demand into a group of dispatches. At the time, we handled that process manually. 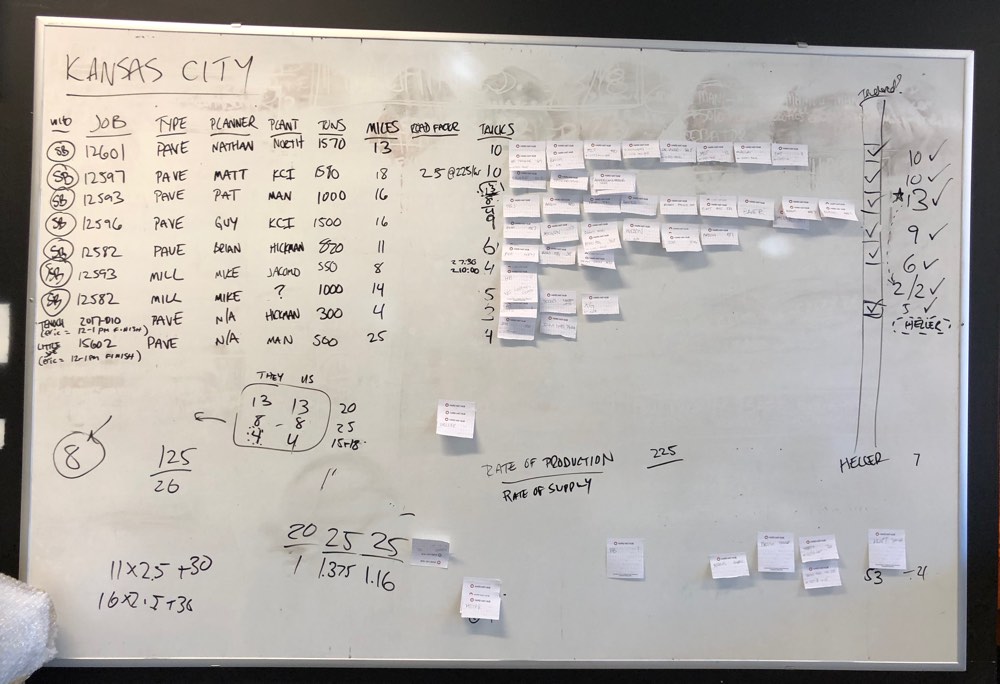 We weren't worried about our time. Automating the lineup would have to wait for 2019. Efficiency would matter only when we were effective.

We held the "Production Planning" meeting when we could see what was possible, but well before we had the tools to achieve it at scale. That's how it should be. As a leader, you don't have to know how to achieve what you can see on the horizon before you discuss that vision with your team. Even after you know how, you still need to help your team believe they will improve.

Last Friday, I checked in on Superior Bowen's progress against their goal. They're now 22% more efficient than 2017. Their average cycle in 2021 includes only 22 minutes of non-driving time, and they're still improving. 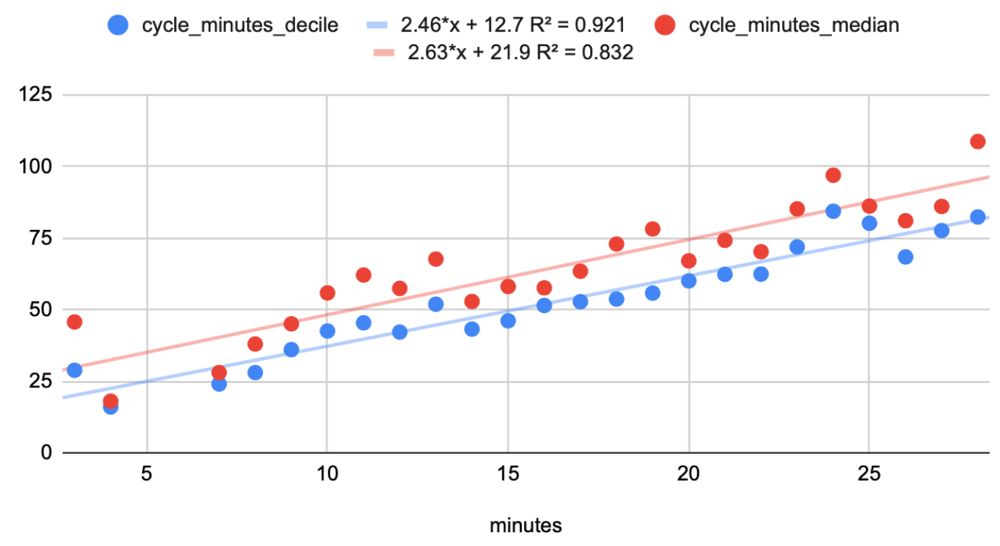 As for the XBE platform, its long since had all of the features listed on that last slide, along with hundreds of others discovered and built along the way. Lineups are totally automated too! The platform manages 17X the volume that it handled as of April 2018, and our operations team is the same size.

There was a time when all we really had was faith in what was possible. Then we made it possible.